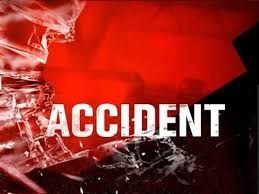 PARKE COUNTY, Ind – Around 3:00 .m. Friday afternoon first responders were called to a two vehicle crash at the intersection of US41 and CR900 South in southern Parke County.

Parke County Deputies say that 33 year old Michael Bruce Waters of Cadillac, Michigan was south bound on US 41 in a pickup truck and was passing a stopped vehicle on the left and struck a car head on.

That vehicle was driven by 45 year old Harmony Crowder of Rockville.

Waters truck rolled onto its side. Waters and his passenger were able to pull themselves from the vehicle.

Crowder was trapped in her vehicle and had to be cut free by rescue personnel.

Waters was taken by ambulance to Union Hospital in Terre Haute for internal injuries. His passenger refused treatment.

Crowder was flown by helicopter to Methodist Hospital in Indianapolis with serious injuries.

The investigation is ongoing.

Police say that speed and improper passing were factors in the collision.