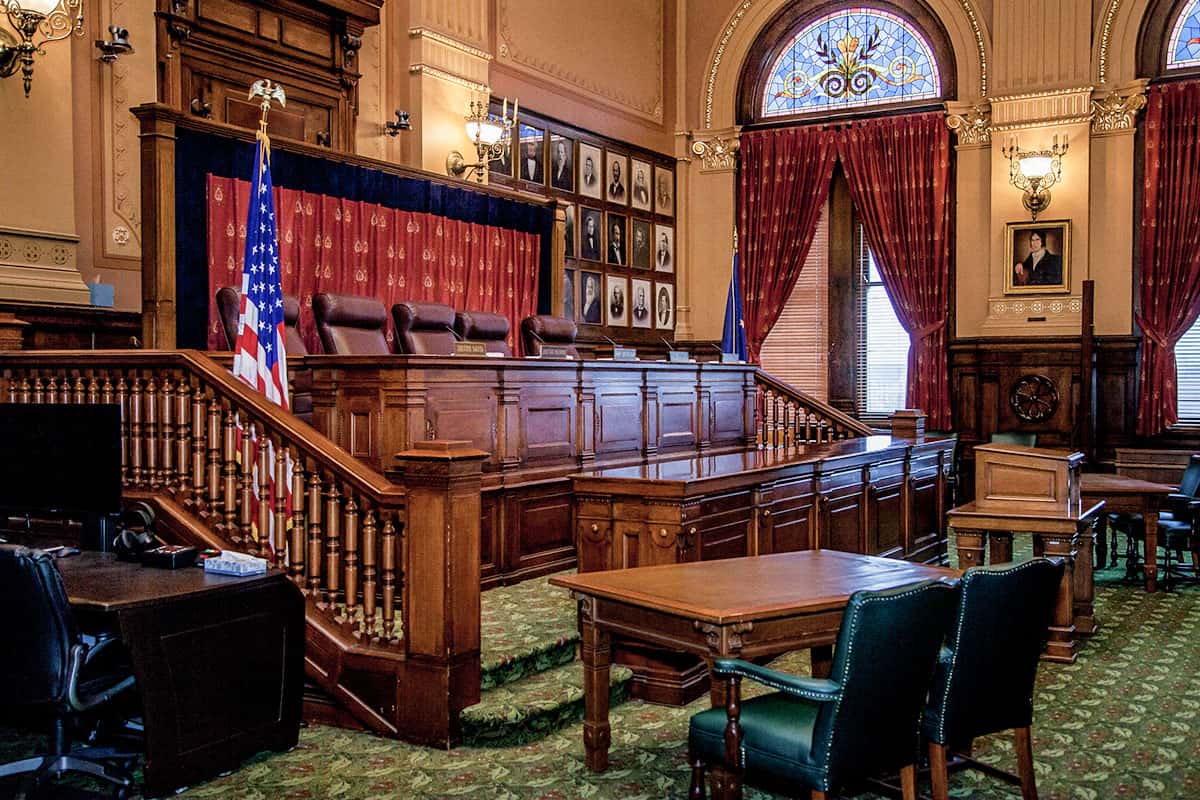 INDIANAPOLIS — Indiana Chief Justice Loretta Rush is praising how Indiana courts adjusted operations to meet the needs of the pandemic.

Like thousands of court hearings in the last year, Rush’s annual State of the Judiciary address had to move online. Instead of addressing legislators and Governor Holcomb in the House chamber, Rush posted her address to YouTube. She used the video format to share the stage with 18 county judges and magistrates who have made similar adjustments in their courtrooms.

Rush says the Supreme Court took the lead in buying laptops and hundreds of Zoom licenses to allow judges to keep their courts operating and accessible despite needing to hold hearings remotely. Not only did courts keep up with their caseloads, but Rush says the video hearings found an audience online.

And Lake County Juvenile Court Judge Tom Stefaniak says a move made out of necessity actually made his court run better. Instead of parents struggling to line up child care and transportation to sit in the courtroom for half the day, they were able to participate on smartphones and spend only the time needed for the hearing itself. judges acted quickly to set up Zoom accounts to keep courts operating and accessible.

When courts did return to in-person hearings, they were able to take steps to keep courtrooms sanitized and socially distanced. Vanderburgh County used federal relief money to move jury selection and courts with high numbers of daily cases to the nearby convention center.

The Supreme Court itself has held all oral arguments remotely for 13 months. Rush says she’s “thrilled” the Supreme Court will be able to resume in-person hearings later this month.

Rush says the coronavirus pandemic underscored the need for some longstanding court priorities. She notes the pandemic has worsened some addiction and mental-health issues, and says the state needs to expand the use of its more than 100 problem-solving courts designed to find constructive alternatives to traditional criminal justice. And she’s renewing a push for reforming pretrial proceedings, steering defendants to drug treatment instead of jail and developing a data-based system to help judges set appropriate bail.