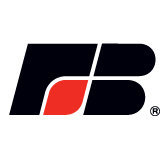 INDIANA — How much will a Thanksgiving meal cost you this year?

According to the Indiana Farm Bureau, you can expect to spend about 5 dollars per person, or $47.81, on a full Thanksgiving meal. That’s 12% more than what you would have spent in 2019.

However, that number is very likely a high-estimate. The price tag of $47.81 is meant to feed a group of ten individuals, which is the usual number the IFB measures by — but gatherings that large are unlikely to happen this year due to the pandemic.

So, according to Zentz, whether people plan to have a large or small gathering, Thanksgiving may actually be more affordable this year.

The IFB also found that this year, more people are considering getting smaller cuts of turkey, or perhaps even ham, instead of the usual large turkey dish.

As a result, this year, the IFB also measured the price of a four pound ham. If that’s the route you want to go, Zentz says, the average price for a four pound ham is just under eleven dollars.

Zentz adds that this deviation from a traditional turkey won’t hurt local turkey farmers, as most of the turkey that Hoosier farmers produce becomes ground turkey or deli meat anyway.

“Even if you go out and purchase some deli meat or some ground turkey, you’ll still be supporting Indiana’s turkey farmers this year,” Zentz said.

You can read the full IFB report at infarmbureau.org.